Tonight
Clear, with a low around 48. North wind 6 to 11 mph becoming light and variable after midnight.
Friday
Sunny, with a high near 81. Light and variable wind becoming south 8 to 13 mph in the morning.
Friday Night
Mostly clear, with a low around 61. South southeast wind around 14 mph, with gusts as high as 20 mph.
Weather forecast provided by weather.gov.
Search 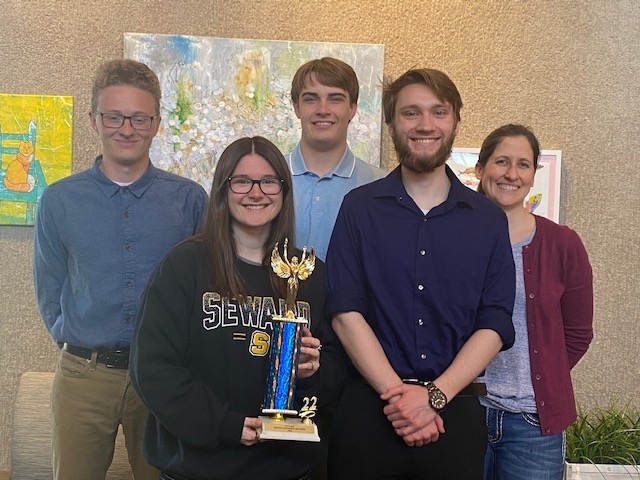 “It was a contest of peer schools and our Seward High School Team A won the whole thing,” commented SHS Quiz Bowl Coach Melissa Pohl.  “This group of kids have worked for years to get to this level and I am very proud of all of them as many are finishing their Senior year!”

The tourney was held at the Seward Civic Center, with six round robin contests in the morning, with the teams wins/loses, points generated and highest scores determined placement in the seeding and afternoon single elimination tourney. There were six rooms of contest going simultaneously, where teams competed in answering questions on History, Grammar, Literature, Math, Science, Economics and General Knowledge. During a round there could be up to four members on a team.

Readers/Judges for the tourney included Nancy and Stan Meyer of Geneva, Jenni Erhart and Debbie Anderson of Osceola, Pat Ohlmann and Dr. Louis Reith of Seward.