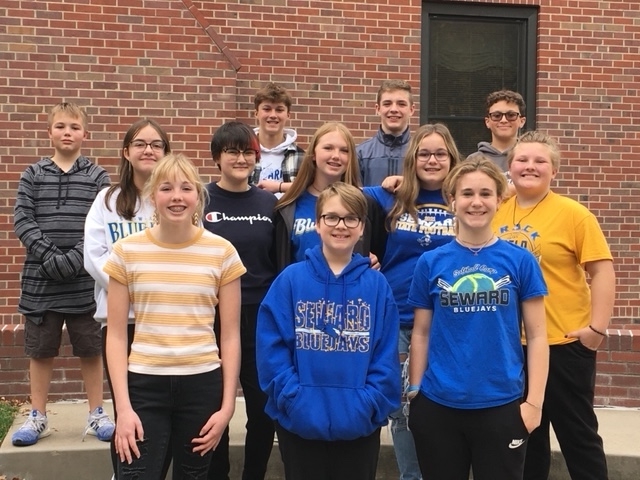 The Nebraska Mothers Association of the American Mothers, INC (NAMI) hosted their Eleventh Annual Quiz Bowl for Nebraska middle school students, competing in a general knowledge quiz bowl event at the Seward Civic Center on Wednesday, November 10, 2021 from 8:30 am to 3:30 pm in Seward, Nebraska.  The event featured a series of round robin contests between school’s teams in the morning, concluding with the teams all entered in a single elimination tourney in the afternoon.  Awards were presented in the three divided tournaments-Large, Medium and Small Middle Schools.  Trophies and medals were awarded the first place teams and trophies were also presented to each of the runner-up teams as well.  It as a general knowledge quiz bowl on math, history, science, music, language arts and literature-middle school level.

There were 48 teams in the Middle School Tourney.  The MS Tourney was held at the Seward Civic Center at 616 Bradford Avenue, Seward, Nebraska.

Timers and scorekeepers were all volunteer students and coaches from the various schools. Riley Nuttleman of Southeast Community College served as the Quiz Bowl Master and set up the tourneys schedules.  He was assisted by Clark Kolterman.