Tonight
Increasing clouds, with a low around 22. East wind 6 to 9 mph.
Thursday
Snow and freezing rain before 1pm, then rain or freezing rain between 1pm and 3pm, then rain after 3pm. High near 35. East wind 7 to 9 mph. Chance of precipitation is 90%. New ice accumulation of 0.1 to 0.2 of an inch possible. New snow accumulation of less than a half inch possible.
Thursday Night
Rain or freezing drizzle before 11pm, then a slight chance of rain or freezing rain between 11pm and 1am. Low around 26. Light and variable wind becoming west northwest 5 to 10 mph in the evening. Winds could gust as high as 16 mph. Chance of precipitation is 90%. Little or no ice accumulation expected.
Weather forecast provided by weather.gov.
Search 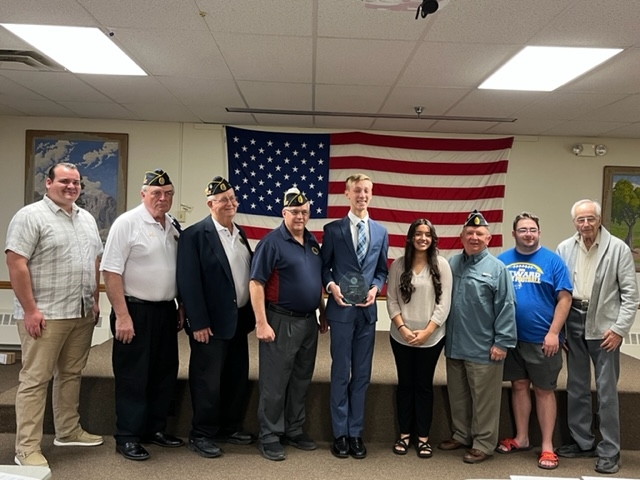 Esten Johnsen, Seward High Sophomore, was named the winner in the American Legion –NE District 12 Oratorical Contest.  He is the son Steven and Angela Johnsen of Seward.  Esten presented a nine minute, memorized speech on the US Constitution.  His speech was “We the People!” and he was asked to speak extemporaneously on the Amendment X for three to five minutes and spoke 4:30 on the topic.

Elizabeth Sanchez of Plattsmouth, NE, an Eighth Grader, was named the Champion in the Junior Division – Middle School division of the Oratorical Competition. She was sponsored by the Plattsmouth American Legion Post- Commander Ed Jones.  She also was assigned to speak on some aspect of the US Constitution and chose to address the Tenth Amendment of the US Constitution, with a speech titled “United States of America!”  Because she was in the Junior Division, she did not have a time limit, was allowed to use a notecard, and did not have to present an extemporaneous speech on an amendment.

Esten was awarded a special “Thomas Bosmeniel” Memorial trophy, a gold medal and will receive a $100 cash scholarship from their District Contest, after he attends and participates in the American Legion Area C contest, which is a requirement of the scholarship award.  The Area C Contest will be held in Seward, at the Seward Civic Center on Sunday, December 6th at 2:00 pm, again hosted by American Legion Post 33 of Seward.  Sanchez also received a Gold Medal for being the Junior Champion.