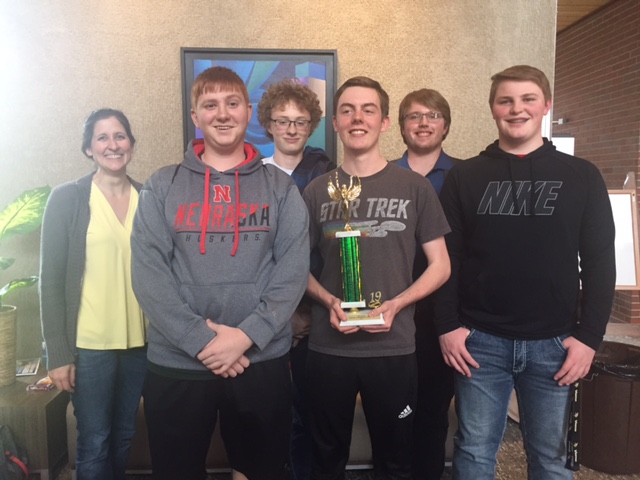 Seward High Team A captured the recent First Place trophy at the annual Central Conference Quiz Bowl Tournament at the Seward Civic Center on Wednesday, April 10, 2019 in an all-day Quiz Bowl event covering general knowledge.  The tourney featured eight of the ten schools in the Central Conference, with two teams from each school participating.  In the morning, a “round robin” tourney was held, with each school playing in five contests against another team in the Central Conference. In the afternoon, the schools competed in a single elimination tourney, based on seeding-from wins/losses, total points and highest score in the round robin.