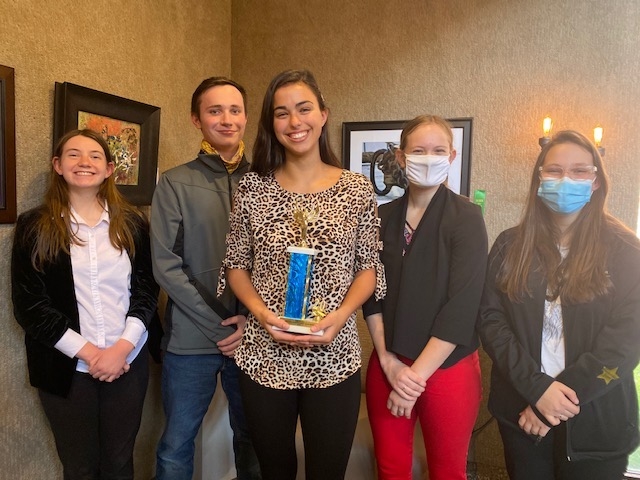 The two Seward High Quiz Bowl teams placed Second and Third at the recent Central Conference Quiz Bowl Tourney for 2021 at the Seward Civic Center on Wednesday, April 14th in an all-day contest featuring a quiz bowl contest over general knowledge. Teams of four from the Central Ten Conference Schools competed against each other in a round robin contest in the morning, with the results from the morning used for bracket placement in the afternoon, single elimination tourney.  Winning the tourney was Adam Central High Team A, which was awarded a trophy and the official Central Ten Conference Championship medals for everyone on the team.

There were four students participating on a Quiz Bowl team contest against four students from another school. Six rooms of contests were taking place at the same time, each playing 20 minute rounds, with 40 toss up questions and 40 bonus questions, if the team answered the toss up correctly. 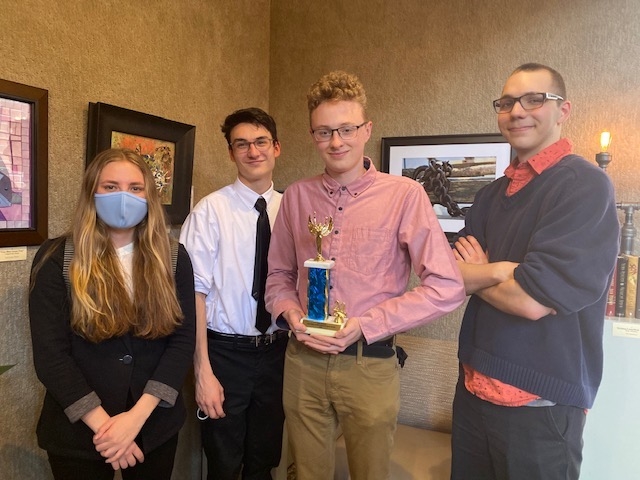 The Quiz Bowl Readers and Judges for the tourney included Pat Ohlmann, Sue Imig, Dr. Louis Reith-all from Seward, Kathleen Wilcox from Crete, and Stan and Nancy Meyers of Geneva, Nebraska.  Riley Nuttleman served as the Quiz Master for the day, with Charles Gebhardt preparing the tourney brackets and team competition assignments. Clark Kolterman served as the chair for the event, along with the SHS Activities Director, John Moody.

Seven of the ten schools in the Central Ten Conference participated in the program, with 14 teams pre-registered for the tourney.  Schools that participated included Seward High, Aurora High, Holdrege High, York High, Adams Central High, Schuyler High and Grand Island North West High.  Other schools in the Central Conference that did not participate due to conflicts included Lexington High, Columbus Lakeview High and Crete High.