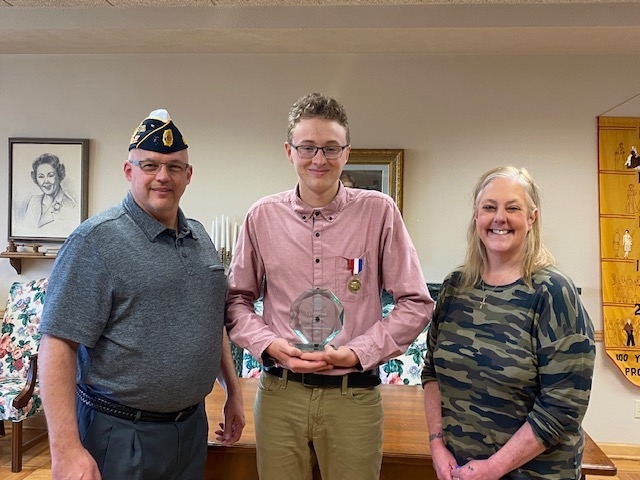 Owen Krahulik, Seward High Senior was named the winner in the American Legion –NE District 12 Oratorical Contest.  He is the son of Justin and Stephanie Krahulik of Seward.  Owen presented a nine minute-30 second memorized speech on the Fifth Amendment of the US Constitution.  His speech was “The US Constitution and Change” and he was asked to speak extemporaneously on the Amendment VIII for three to five minutes and spoke 4:30 on the topic.

Owen was awarded a special “Thomas Bosmenial” Memorial trophy, a gold medal and will receive a $100 cash scholarship from their District Contest, after he attends and participates in the Area contest, which is a requirement of the scholarship award. 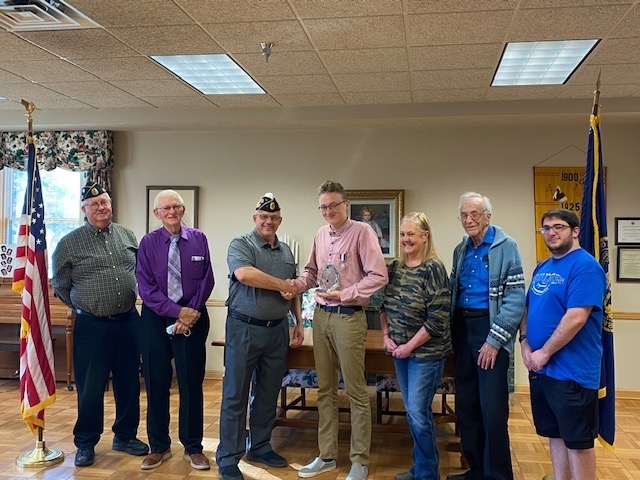